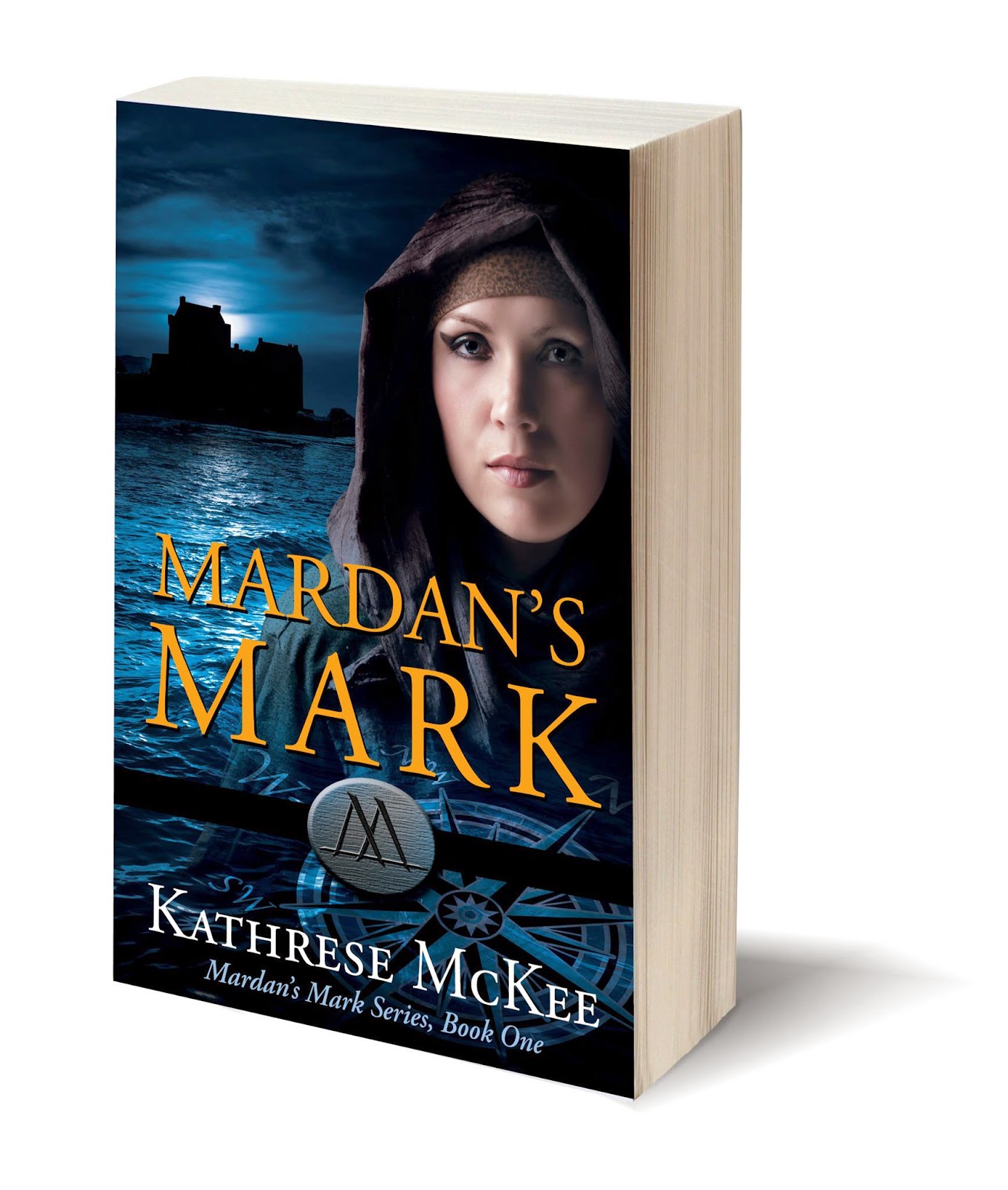 I received a free copy of the book in exchange for my honest review. Since then I have been re-reading the book (looking back) to see what I have missed.  Here is my updated, honest review of the book Mardan’s Mark by Kathrese McKee:
It has been a while since I have been so captivated by a book! I spent the better part of two days neglecting my Christmas crafts, laundry, and other adult-type things because I was reading this book.The characters and their individual stories, including the supporting characters, kept me glued to my Kindle for several straight hours. I loved the way the relationships and the characters (including supporting characters) developed, slowly, but steadily throughout the story. The book explored moral lessons such as respect, chastity, loyalty, and trust without once sounding preachy or letting those examples get in the way of the story.

What I loved about this story is the way Kathrese involved more than just two characters in telling the story.  The supporting characters had their own important contributions to the story beyond their insights on the main two characters.. I found myself genuinely interested in the other characters and their back stories, as they added another dimension to the story.  An example is the development of Jamson, Srilani’s brother, from bored teenager who does not take particular interest in kingdom affairs, to someone who shows a strong sense of rightness and the beginnings of a great leader. I enjoyed watching the camaraderie, between Aldan and his brothers, and Srilani and her family, form into one group throughout the story.
Srilani is a character I think a lot of girls will identify with on one level or another. She is an excellent example of a strong female role-model, even as we see her humanness. Though she is independent, she struggles with seeing her own self-worth. She takes control, not because she wants to prove herself better than others, but because she sees it as her duty. I found the dynamic between her and Aldan fascinating to watch, as their relationship developed slowly through mutual respect and cooperation.  I noticed subtle lessons of quality leadership and co-leadership illustrated through their interactions with each other and the group.  The scripture, “Iron sharpens iron, and one man sharpens another”. (Proverbs 27:17) came to mind several times.
There were a few confusing parts in the beginning, at least with the copy I read, such as the Twin Kingdoms and their relationship with each other. There were a couple of times when I had to figure out who certain minor characters were because they were referred to by their names without any previous introduction (for instance Queen Kaelan, and later on when Aldan’s horse is named Flame), but none of those cases were enough to detract from the story, and they became clear before too long. I think readers would benefit from a map of the countries as well.
I thoroughly enjoyed this book and I eagerly await the continuation of the story! I cannot wait to find out what happens to Aldan, Srilani, and their companions!

A Portrait of Loyalty – Cover Reveal

Happy Valentine’s Day, fellow book lovers! I hope, whatever your relationship status, that you find something beautiful to celebrate about…

The Castles of Tallahatchia – Guest Post by Tricia Mingerink

This week I am participating in the Tattered Slippers Blog Tour, featuring six different retellings of The Twelve Dancing Princesses….

Waking Beauty by Sarah E. MorinMy rating: 5 of 5 stars This is the story of what happens AFTER Sleeping…

“Love is patient and kind; love does not envy or boast; it is not arrogant or rude. It does not insist on its own way;…