Greetings, everyone!  This month I am participating in LitFuse Publicity’s Blog Tour for A Name Unknown, Book 1 in the Shadows Over England series by Roseanna White. I received a free copy of the book in exchange for my honest review which you will find below. Read all the way to the end to find out how you can win a free copy of this fabulous book!

Back in June, I posted a cover reveal for  A Song Unsung, the second book in the series which comes out in January. I may have mentioned earlier that Roseanna is one of my new favorite authors and I have loved everything she has written so far. Naturally, I am very excited about this new series, especially after reading this first book. I hope you enjoy my thoughts below, and if you would like, you can purchase your own copy on Amazon, or get your copy signed by purchasing directly through the author’s website.

Also, check out the Litfuse Landing Page for this blog tour here: http://litfusegroup.com/author/RWhite

A Name Unknown by Roseanna White

I came into this book expecting to love it and I was not disappointed. Roseanna White has developed a reputation for creating a cast of well-rounded characters, fully developing romances so that they do not feel rushed, and giving the reader a sense of authenticity as they experience the period setting of the book.  She creates well-developed plots that keep your interest without giving away too much and there are always surprises the reader does not expect at the end.

Rosemary is a thief. One might say she is a noble thief, not quite a Robin Hood, but not quite criminal either. She has a deep love for her adopted siblings and an inner moral compass that holds her accountable even in her thievery. For instance, she will not steal from someone who is in a situation as bad as hers, or worse. She is a tad bit rougher than Mrs. White’s previous female leads, having been raised on the streets and forced to rely on herself for most of her life.   Once a relationship has been established, she is fiercely loyal to her friends and will do anything for them.  This shows itself in some hilarious scenes in the book when she stands up to some bullies.

Then there is Peter, who I found fascinating as a character. His main obstacle in the book is that, because of his German last name, his English citizenship is in question. Which is a problem because England and Germany are not in a good place right now and there have been rumors of impending war.  His closest friends know he is loyal to England, however, those friends are few and far between. Due to the fact that Peter has struggled with a speech impediment since childhood, friendships and interactions with others have never come easily to him. He is somewhat of a recluse in his hometown, causing the townsfolk to be suspicious of him.  He finds it easier to communicate through the written word than the spoken word and will often write letters to his friends and members of the staff whenever he has something important to communicate.

Something new in this book that I enjoyed was the abstract character of the library. Peter hires Rosemary to organize his family library and help him find documents that would be pertinent to his citizenship. It turns out, however, that Peter’s family had a bit of a book-hoarding problem and the library is in dire straits when she gets to it. Having personal experience, both as a library book-shelver, and with “collectors of treasures”, I could well imagine the terrifying, overwhelming situation in which Rosemary walks into. It was fun watching these two characters develop along with the organizing of the library.

I love the title of the book and the way it connects to the story and the two challenges Rosemary is issued at the very beginning of the book.

I learned a little bit more about World War 1. I did not know that German residents who could not prove their citizenship were sent to internment camps. This is the fate that Peter is trying to avoid by finding documents proving his loyalty to England.

As always, Roseanna White created a wonderful cast of supporting characters which made me want to know more about them. Surprisingly, some of my favorites were the more hostile characters, probably because I enjoyed watching them clash with Rosemary. It made for some pretty entertaining scenes!

Also noteworthy are the fabulous setting descriptions that made me feel as if I were actually there walking the floors of Kensey or eating in the pub with the villagers.

We may call ourselves and others by different names: “thief”, “nothing”, “street-rat”, “German”, “English”, and “idiot” are some of the names attributed to the characters in this book. We may throw around words like, “liberal”, “conservative”, “basket case”, “needy”, “or what have you.  These names do not come from God, they come from the world and they do not tell your story. The message of this book comes out clear: you are not defined by what you have done or who others say you are. You are defined by what God thinks of you, and He loves you.

“My father once told me that all a man has is his name. I’ve been thinking about that a lot, as you can well imagine. And I’ve realized…I’ve realized there is only one name that matters. And it’s Christian. Christ-follower. If I am that, then I am all I need to be. And if I’m not…then all the respect of all the men in all the world will avail me nothing.” — A Name Unknown 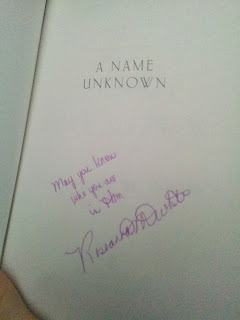 Click on the links below to find out how you can enter to win your own copy! 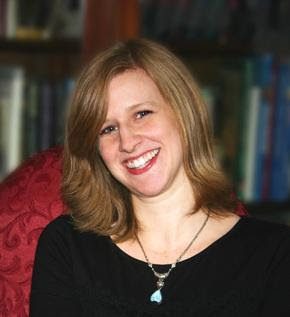 Roseanna M. White pens her novels beneath her Betsy Ross flag, with her Jane Austen action figure watching over her. When not writing fiction, she’s homeschooling her two children, editing and designing, and pretending her house will clean itself. Roseanna is the author of over a dozen historical novels and novellas, ranging from biblical fiction to American-set romances to her British series. Spies and war and mayhem always seem to make their way into her novels . . . to offset her real life, which is blessedly boring. She passes said boring life with her husband and kids in the beautiful mountains of eastern West Virginia.
Find out more about Roseanna M. at http://www.roseannamwhite.com.

Greetings everyone! This has been a long and crazy summer, full of a LOT of life changes that I was…

3 things I’ve learned about my childhood through my experiences as an adult….

Happy Late-February, Everyone! Let’s just get this out of the way right now: The once a week posting is probably…

Review for A Time to Die by Nadine Brandes

A Time to Die by Nadine BrandesMy rating: 5 of 5 stars The following will serve as part review, part…

Review for Deny by Tricia Mingerink

Yesterday, I interviewed Tricia Mingerink about the writing of her second book in the Blades of Acktar series, Deny. Today,…