Once upon a time, the Romanov family ruled Russia. The Tsar and his family were put under house arrest during the Russian Revolution, and finally executed in 1918. (This is a VERY truncated history lesson, obviously, so if you want to know more about the family, and Anastasia in particular, you can read this article on Wikipedia). Here’s the thing though, several years later, a woman named Anna Anderson showed up claiming to BE Anastasia, sparking a several decades long debate over what actually happened to the Tsarina.

I don’t think we’ve ever talked about the fact that I had a slight obsession with the Romanov family growing up which may or may not have had something to do with the release of a certain movie circa 1997. *cough*

I LOVED the movie, (though granted, there’s virtually no historical accuracy about it) and when I found out it was based on a true story, my imagination took off running. I went to the adult section of the library and looked up all the books I could find on Anastasia and her family, copied a bunch of articles, created a little scrapbook of clippings and wrote little responses to them….all on my own, this was not a school project. Which was good, because there is nothing academic about my responses, they were mostly emotional ramblings of a pre-teen girl enthralled with the idea of a real-life mystery).

I was also determined to solve the mystery of what happened to Anastasia until, of course, they finally solved it and killed that dream.

Some of my sources for my little scrapbook (if you’re interested):
Anastasia’s Album
Anastasia: Dead or Alive?

Fast forward twenty years and Anastasia takes Broadway so, of course, I dropped everything and went to New York for a crazy whirlwind trip with my dear friend, Julie. Aaaaaand yes it was beautiful and made me relive all my childhood fantasies and fueled my obsession a little bit more! If you haven’t heard the soundtrack you should DEFINITELY give it a listen! Christy Altomare is amazing! 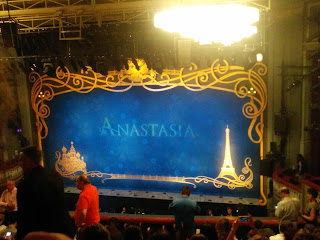 **Favorite New Songs**
Stay, I Pray You
In a Crowd of Thousands 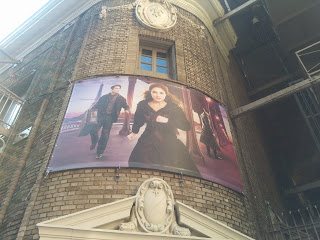 But for all my love of Anastasia and her story, and with all the many, many times I have watched the movie and listened to both soundtracks, I have never read a retelling of her story.

All that is going to change with the release of Romanov by Nadine Brandes on May 7th, 2019!

Nadine Brandes, author of Fawkes and the Out of Time series, has a new book coming out retelling the story of Anastasia Romanov in a unique and intriguing way!

The history books say I died.They don’t know the half of it.
Anastasia “Nastya” Romanov was given a single mission: to smuggle an ancient spell into her suitcase on her way to exile in Siberia. It might be her family’s only salvation. But the leader of the Bolshevik army is after them . . . and he’s hunted Romanov before.
Nastya’s only chances of survival are to either release the spell, and deal with the consequences, or enlist help from Zash, the handsome soldier who doesn’t act like the average Bolshevik. Nastya’s never dabbled in magic before, but it doesn’t frighten her as much as her growing attraction for Zash. She likes him. She thinks he might even like her . . .
That is, until she’s on one side of a firing squad . . . and he’s on the other.

*shudders* Doesn’t that give you some delightful little chills! I am SO excited about this book.

Now for the cover reveal… 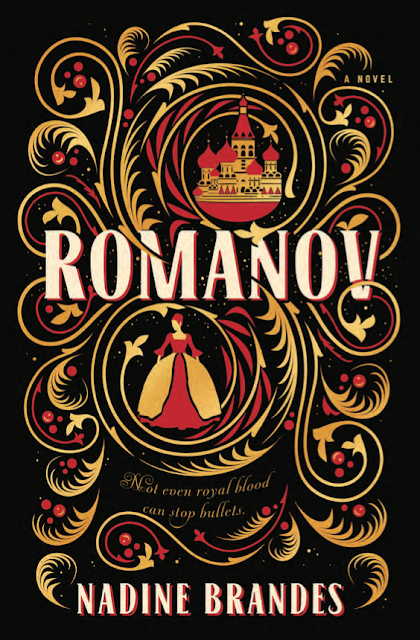 I WISH this book was coming out in the Fall (and that I lived in a state where it actually got cold) because that cover just makes me want to grab a blanket, curl up with a Pumpkin or Chai Tea Latte and devour it! Can we talk about the gorgeous leafy design and that beautiful silhouette!? It LOOKS Russian!  This is SO perfect for the setting, I can’t stand it.
Romanov is up for pre-order on Amazon (<---click b="">so go ahead and reserve your copy now! You won’t want to miss out on this book!
<---click b="">Also, make sure to add it to your Goodreads list!

Girls Take the Lead in Literature

For today’s post, I collaborated with Down The Hobbit Hole Blog to bring you 20 of our favorite new books…

Book Tour: End of the Magi by Patrick Carr #EndMagiPrism

This week I am participating in a book tour celebrating the release of Patrick Carr’s most recent novel, The End…

New Year’s is always a time for reflection upon the previous year, and anticipation over the year to come. What…

Waking Beauty by Sarah E. MorinMy rating: 5 of 5 stars This is the story of what happens AFTER Sleeping…