It has been a while, and so much has happened in my life in the past three months. My son turned ONE (!!!!) and the same weekend we moved out of my in-law’s house and into our own apartment. Since then there has been a lot of adjustment which is still going on.

However, somehow, while my apartment is making slow progress, I have been reading a lot of super cool books.

1. Romanov by Nadine Brandes — Coming MAY

This is a historical fantasy retelling of Anastasia Romanov and her family. The book does not officially come out until May, but I was blessed to be able to read an ARC.

When that movie came out, I did a lot of research on the Romanovs, and it was much more like the sad history than the movie, even with the fantasy elements. However, I loved what the author did with the story.  The main theme that stood out to me was the theme of forgiveness. Anastasia, or Nastya, and her family live under Bolshevik captivity for the majority of the book. They are subjected to humiliation and disrespect, and through it all, they respond with an attitude of forgiveness, and love.  But, when Nastya finds herself on one end of the firing squad, and a befriended soldier on the other end, can she forgive him?

This book definitely challenged my view of what it means to forgive someone. We like to think that forgiveness means you forget what someone does to you. We know that forgiveness means you don’t hold another person’s sin against them. But what happens when you can’t forget what someone has done? What happens when their action has lasting consequences that you have to face every day?

This quote, in particular, challenged me:

“Part of forgiveness [is] accepting what someone has done, and the pain that comes with it, and moving on with love. Forgiveness was a personal battle that must always be fought in my heart. Daily.”

If that doesn’t punch you in the gut, I don’t know what will. This story has some very difficult moments. In fact, most of the book has a somber tone to it, with some light-hearted jesting tossed in.  I really enjoyed Nastya and her brother Alexei’s relationship. (Alexei is probably my favorite supporting character). Overall, this is truly a beautiful story of what it means to love, hope, and forgive. I hope you read and enjoy!

2. Gift of Christmas Past by Cindy and Erin Woodsmall 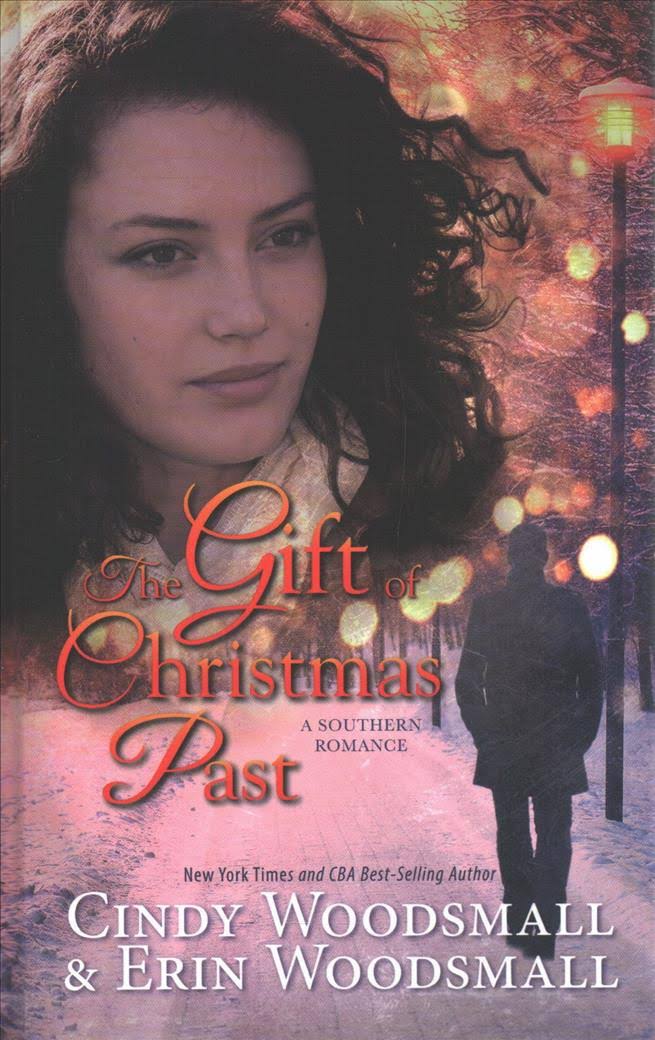 This was a beautiful story about a foster girl who is falsely accused of a crime and seemingly abandoned by the one person she thought would have her back. Consequently, she runs away with her best friend and the two of them struggle to make their own way in the world. Ten years later, she is brought face to face with the man who abandoned her, but she must put her resentment aside and work with him for the good of a young child who has been silent since an apartment fire.

This book made me think about a lot of the stigmas attached to foster children, and difficult children in general, and how we sometimes jump to conclusions about their actions and motivations without seeking to understand where they are coming from.

This series was a very pleasant surprise. I actually started with Book 3 and then had to start over. The series follows the four Hawthorne siblings, and their adopted sister, as each of them seek to marry for love. The writing was humorous (Ooooh how I enjoyed the banter!) but also dealt with some real issues such as how past actions can impact relationships in the present, dyslexia, communication in marriage, honesty, and trusting God.

The relationships were fully developed and not rushed, giving the reader time to really get to know each character, even in the case of the novella introducing the series. A fun, adventurous series.

Whereas the Hawthorne House series was a fun, light-hearted read with adventure and feel-good romance, The Haven Manor series takes a much more serious tone. Kit’s reputation is ruined when her best friend is mistakenly seduced by the man who was courting her. Together, the two women leave the society of London and set off on their own to live off of their dowries. Determined to help others in their situation, the two women take in the illegitimate children of aristocrats so that their mothers can have a second chance in society. They give them an education and life skills so that they can find work to support themselves when they’re older.

What I love about this series is that when the characters come face to face with injustice, it spurs them to act justly on behalf of someone else.

Reading this series has made me extremely thankful for my son and the fact that I have a husband and community around me that enables me to raise him. It makes my heart bleed for women and girls who, for whatever reason, have had to give up their children. It makes me thankful for the people who have stepped in to be parents to children who have no one else to love them. It makes me mindful of women in impossible situations who do not have a community of any kind to support them, and for the decisions they are faced with. It makes me want to give hope to someone else.

Here are the books I am looking forward to reading in the next several months! Click on the titles to pre-order your copies today!

When Lincoln calls for volunteers to put down the rebellion, four friends become soldiers for different reasons. Freedom. Justice. Love. Revenge. But they’re united by a secret… one of them is a girl in disguise.
“This is my country, and I aim to fight for it. You can help me, or get out of my way. Your choice.”
Hidden under an over-sized uniform and a false name, Saoirse Callahan strives to prove herself as strong and brave as any other soldier. But when an old enemy appears in camp, she knows it’s only a matter of time before her identity is exposed. And what will happen to her friends if she’s discovered?
“I’m quite certain what I am willing to die for. But taking a life is another matter entirely.”
Westleigh Kavanagh is a scholar, not a soldier. Still he enlists, because he believes their cause is holy–freedom for all, at any cost. When the bullets start flying, he wonders if he’s not made a terrible mistake. Too late to turn back, Westleigh prays that they’ll all make it home safely. But can his soul survive the journey?

Selene Ravenwood, once the heir to House Ravenwood, is now an exile. On the run and free of her family’s destiny, Selene hopes to find the real reason her family was given the gift of dreamwalking. But first she must adapt to her new life as wife to Lord Damien Maris, the man she was originally assigned to kill.
While adjusting to her marriage and her home in the north, her power over dreams begins to grow. As the strongest dreamwalker to exist in ages, her expanding power attracts not only nightmares but the attention of the Dark Lady herself.With a war looming on the horizon and a wicked being after her gift, Selene is faced with a choice: embrace the Dark Lady’s offer, or search out the one who gave her the gift of dreamwalking. One path offers power, the other offers freedom. But time is running out, and soon her choice will be made for her.
3. The Number of Love by Roseanna M. White – June 4th

Three years into the Great War, England’s greatest asset is their intelligence network–field agents risking their lives to gather information, and codebreakers able to crack every German telegram. Margot De Wilde thrives in the environment of the secretive Room 40, where she spends her days deciphering intercepted messages. But when her world is turned upside down by an unexpected loss, for the first time in her life numbers aren’t enough.Drake Elton returns wounded from the field, followed by an enemy who just won’t give up. He’s smitten quickly by the intelligent Margot, but how can he convince a girl who lives entirely in her mind that sometimes life’s answers lie in the heart?Amid biological warfare, encrypted letters, and a German spy who wants to destroy not just them but others they love, Margot and Drake will have to work together to save themselves from the very secrets that brought them together.

Deceiving an empire is a treacherous gameTanwen and the Corsyth weavers race to collect the strands of an ancient cure that might save Gryfelle. But Tanwen has a secret–Gryfelle isn’t the only one afflicted by the weaver’s curse. As Queen Braith struggles to assert her rule, a new arrival throws her tenuous claim to the Tirian throne into question. Braith’s heart is turned upside down, and she’s not sure she can trust anyone–least of all herself.The puppet master behind Gareth’s rise to power has designs on Tanwen and the story weavers, and will stop at nothing to reclaim the throne. A plot to incite the angry peasants of Tir takes shape, and those dearest to Tanwen will be caught in the crossfire. As the fight for Tir consumes the realm, no one can remain innocent.

In early 1800s England, Jess Beauchene has spent most of her life in hiding and always on the move in an effort to leave her past far behind her. But when she learns the family she thought had died just might be alive and in danger, she knows her secrets can only stay buried for so long.
Derek Thornbury loves the past, which has led him to become an expert in history and artifacts. He knows Jess has never liked him, but when she requests his help deciphering the clues laid out in an old family diary, he can’t resist the urge to solve the puzzle. As Jess and Derek race to find the hidden artifact before her family’s enemies, they learn as much about each other as they do about the past. But can their search to uncover the truth and set history right lead to a future together?

The Castles of Tallahatchia – Guest Post by Tricia Mingerink

This week I am participating in the Tattered Slippers Blog Tour, featuring six different retellings of The Twelve Dancing Princesses….

What I Learn From Playing the Villain

Confession: Sometimes I get angry and frustrated about things beyond my control. I also have moments when I feel unjustifiable…

Ladies and Gentlemen, I am very pleased to welcome to my blog Tricia Mingerink. She is the author of the book…

Good evening, everyone!  Celebrating my last day of school by reviewing a new book, The Story Peddler by Lindsay Franklin,…